Right at the foot of Kazbek mountain a small Stepantsminda settlement found its place. It is always crowded: mountaineers who plan to climb Kazbek as well as travelers who are heading for Tbilisi come here. At the same time this settlement has been used as a trailhead – all the exciting things are taken out of its borders. First things first, however!

What is Stepantsminda famous for?

The greatest wealth of local lands is natural attractions. The first thing everyone who comes to Stepantsminda sees is the extinct volcano Kazbek (in Georgian it is “Mkinvartsveri”, which means “ice top”). And indeed, glaciers spread out from the top in all directions, snow-white, as if they were made of sugar. Most of the time Kazbek is hidden with a cloud cap, but you still have a chance to see the “Ice Peak” in all its glory at dawn!

By the way, the very name, Stepantsminda, is also connected with mountains. This settlement is named after the monk Stepan, who once saved the villagers by telling about the approaching avalanche. The villagers managed to get back to a safe distance and establish a new settlement which they called Stepantsminda.

However, Kazbek is not the only peak in this region, which deserves attention. 20 kilometers from Stepantsminda there is the high mountain village of Juta (the Georgian Catholicos Patriarch Illa II was born here). You can enjoy the breathtaking view of the Chauhi mountain range, passes and valleys from here - the atmosphere and the surrounding nature here are comparable to Svaneti. And if you decide to go up to the Chauha, you will be able to see the Abudelaur lakes – White, Green and Blue (the latter is very popular among the tourists because of the rich cornflower blue shade of water). What to do in Stepantsminda and its surroundings? 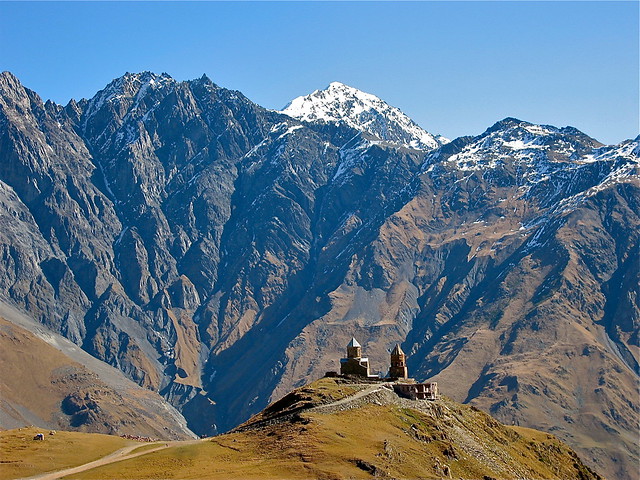 When is it better to go to Stepantsminda?

Choosing this high mountain region for travel to Georgia, keep in mind: the climate here is more severe than in Tbilisi or Batumi. July and August are the most comfortable months for being here, when the air warms up to 13-18 °С (although in late summer it rains almost every day), and also in September and October – you can catch spectacular autumn landscapes. But the winters are rather cold here, as for Georgia, with snow and constant frosts (down to -6-7 °С).

Stepantsminda and its surroundings can impress you by the incredible, and sometimes extraterrestrial landscapes. Eternal snow and glaciers, valleys of the Terek, conifer forests, clear mountain air, mineral waters and an abundance of sunny days create unique conditions for rest and climatotherapy! 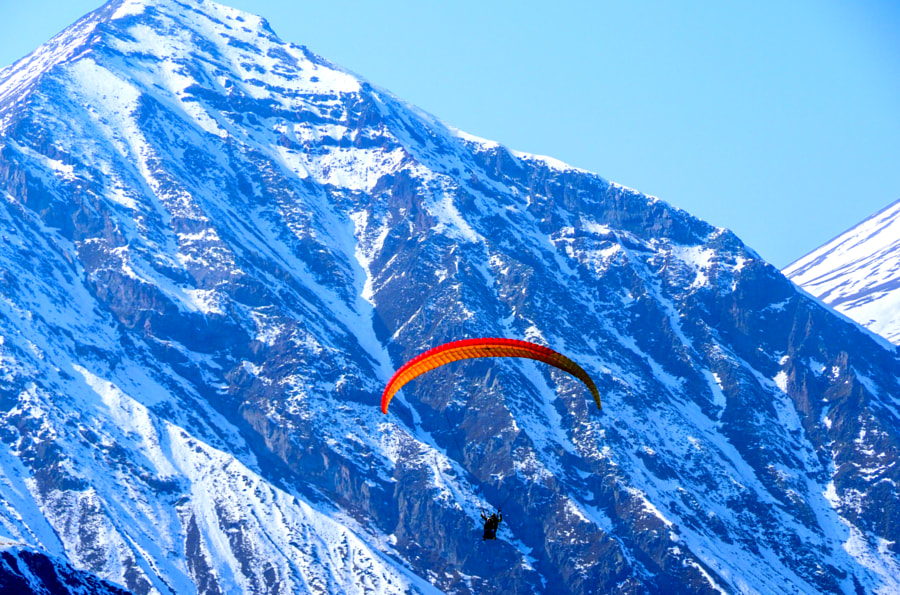 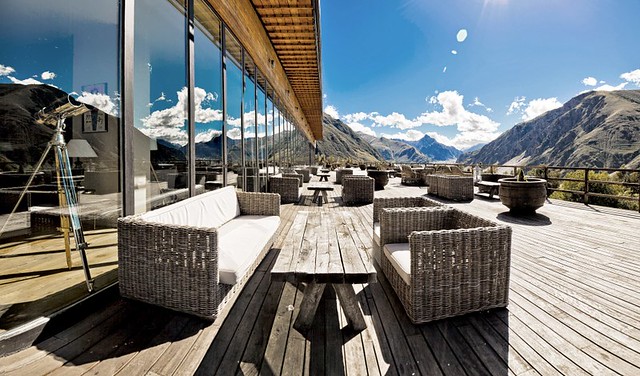 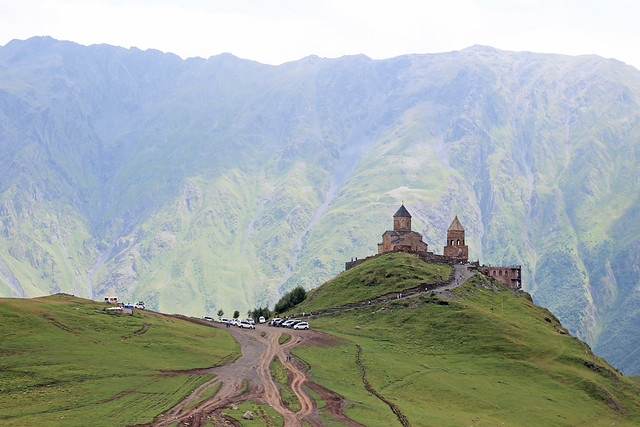