Mtskheta: what secrets are hidden by the ancient capital?

Mtskheta - a small city north of Tbilisi – is often called the “Georgian Jerusalem”. This is the most ancient city of the country and one of the oldest cities in the world – the age of the capital of Iberia and the Kingdom of Kartli is more than 2 thousand years! They say that it is exactly here where the modern united Georgia begins – welcome to its spiritual centre!

Mtskheta is the silence of ancient stone temples and monastery walls. “There, where merging they make a noise, embracing, just like two sisters, the streams of Aragva and Kura a monastery stood…” Do you remember everyone reading “Mtsyri” at school? The poem was about the monastery of Jvari, perhaps the most authoritative and revered in Georgia. It appeared in the very place where, according to the legend, Saint Nina (it was exactly her who became the first messenger of Christianity in Iberia) established a cross on the highest mountain in the local area (so the monastery is visible from any place in the city). Just imagine: you will enter the temple, which is more than 1500 years old! 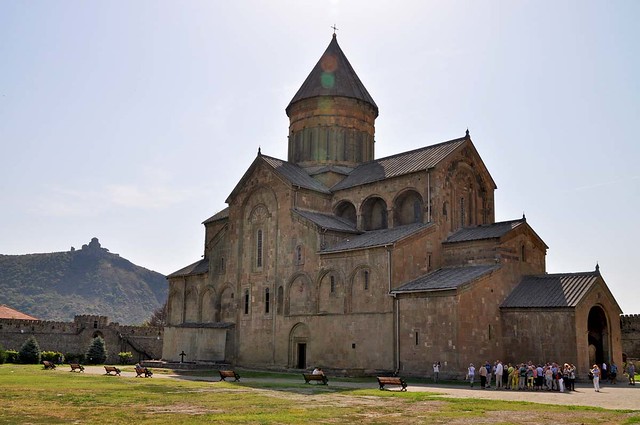 The second main point of interest of Mtskheta is the Orthodox Cathedral of Svetitskhoveli, one of the oldest temples in Georgia. It is believed that the foundation of the church hides the Robe of the Lord – a chiton that Jesus Christ wore on the day of the crucifixion and brought to Iberia by a Georgian warrior. There is a small church near the main cathedral – an exact copy of the Jerusalem chapel of the Holy Sepulcher. It was specially built in the beginning of the 14th century to emphasize that Svetitskhoveli is the second temple in the world where Jesus’s robes rest.

Despite the fact that the temple is functioning, there are no strict rules for tourists. It is always light in the cathedral, and visitors can take photos of the interiors easily.

When is it better to go to Mtskheta?

The climate in the region is very mild, with a dry and relatively warm winter (in comparison with the montainous regions). In summer, the thermometer rarely shows above +30 °С, reaching, as a rule, +24-25 °С. The ideal time to visit the ancient capital is from March to the first half of November, these months are perfect for long walks and seeing the points of interest with maximum comfort.

The only peculiarity of Mtskheta, for which you should be prepared in advance, is frequent rains. The “wettest” months are considered to be May, June and July.

They say that while prayers are heard in the monasteries of Mtskheta, Georgia is alive! Both religious tourists and amateurs of antiquity come here – someone for healing and answers to eternal questions, and someone for a unique monumental architecture. Of course, the image of the city changed many times over hundreds of years, but one thing remains eternal: the gloomy altars, the peaceful atmosphere of Orthodox churches and the constant severity of stone blocks. 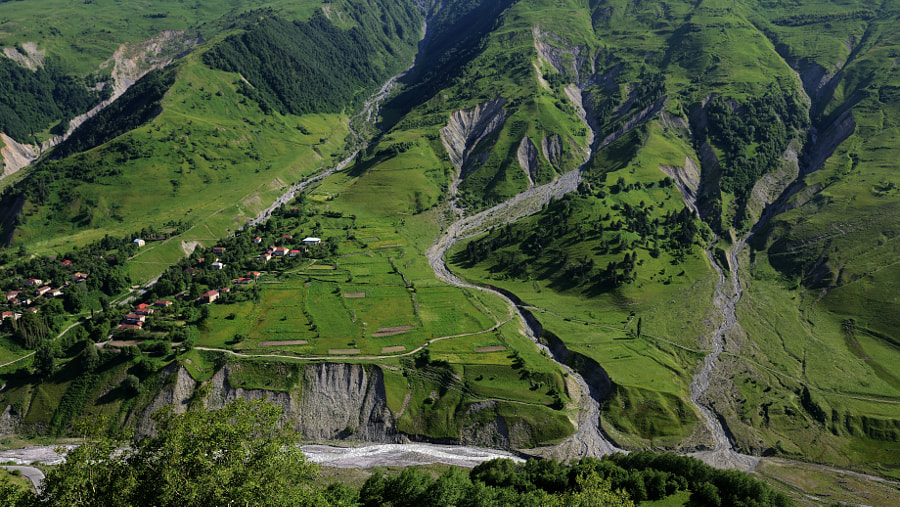 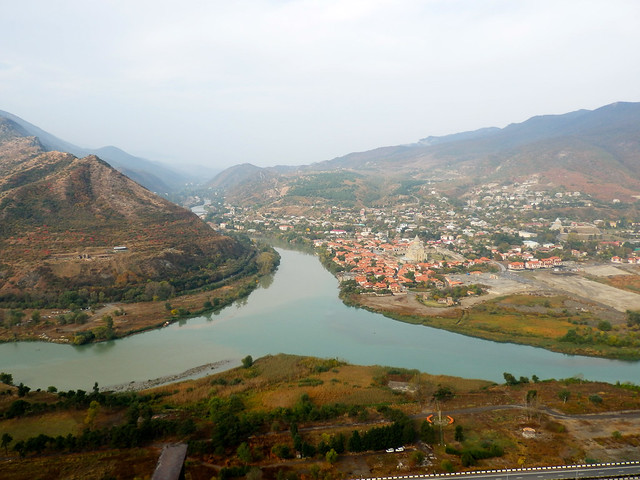 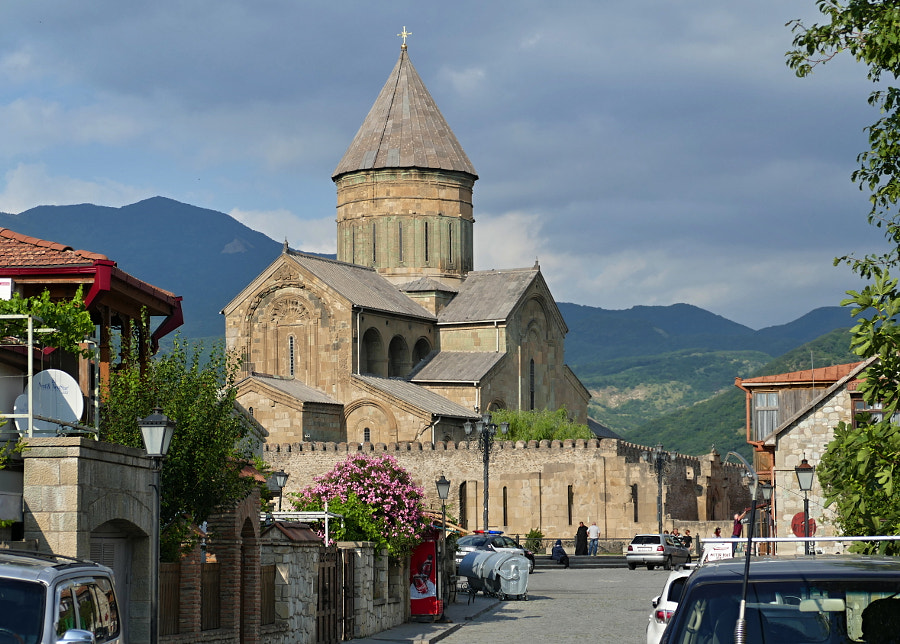 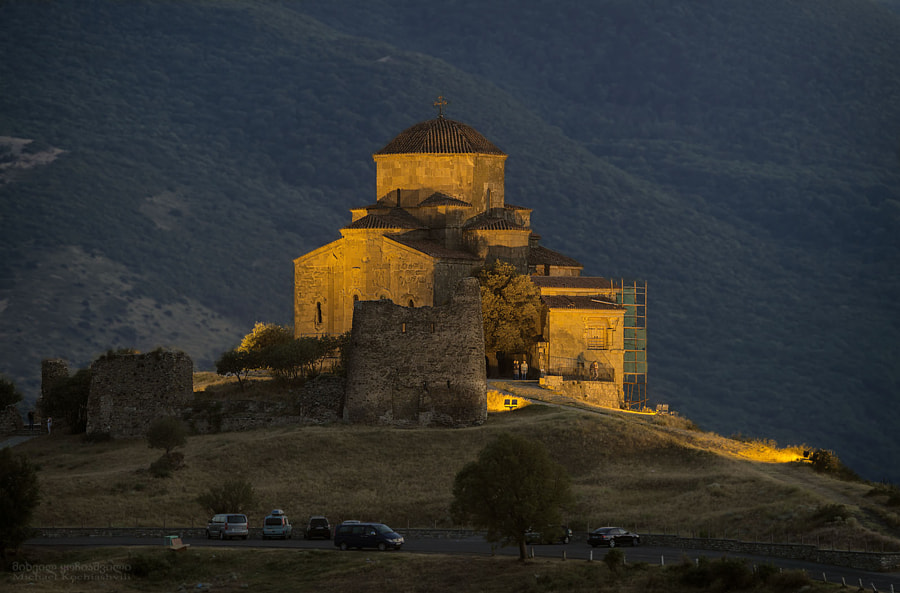 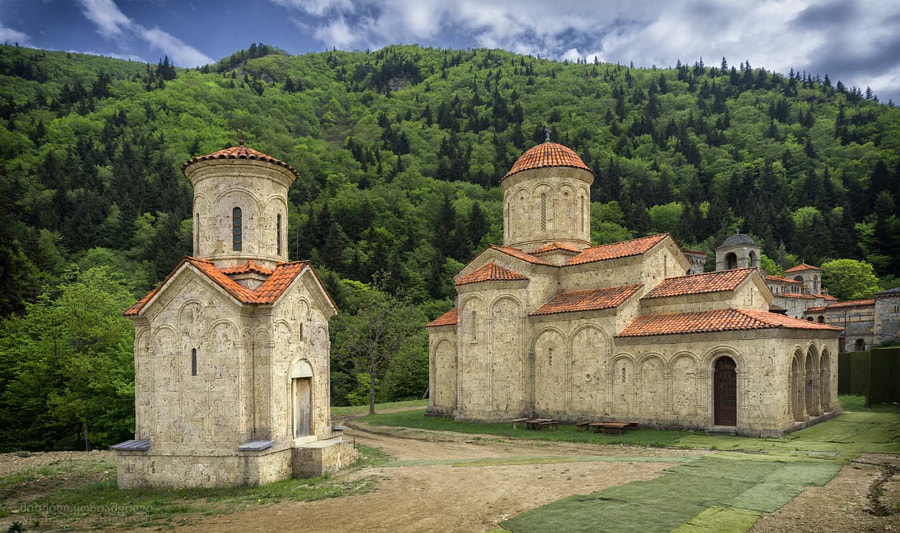 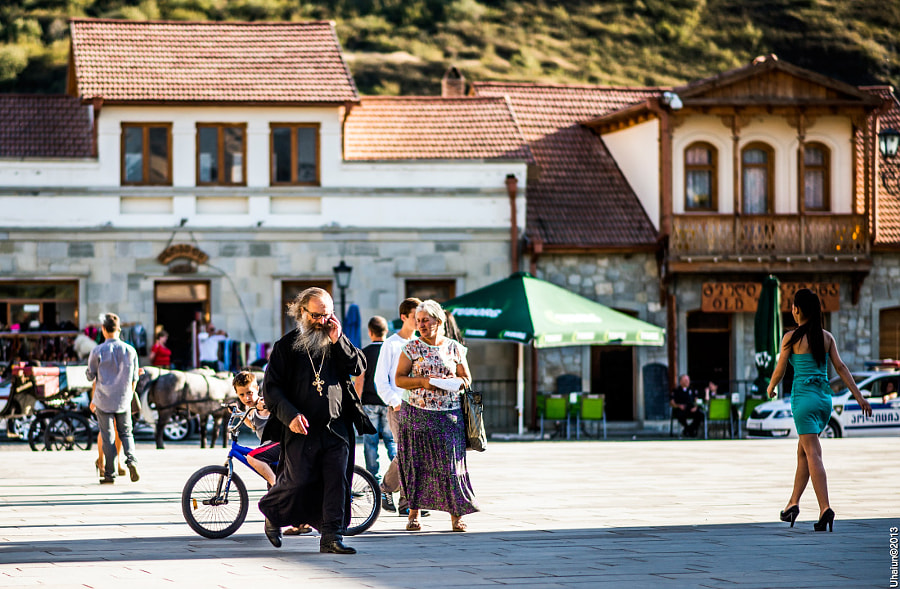