Signagi, the city of love: romance with a view of the Alazani Valley

There are places in Georgia, that are worth visiting together with your soulmate. One of such cities is the ancient Signagi. Here, on the top of the hill, you can find absolute tranquility: cobbled streets, red tiled roofs, quiet and slow paced life. And only after plunging into the history of Signagi, you can find out – passions run really high here! 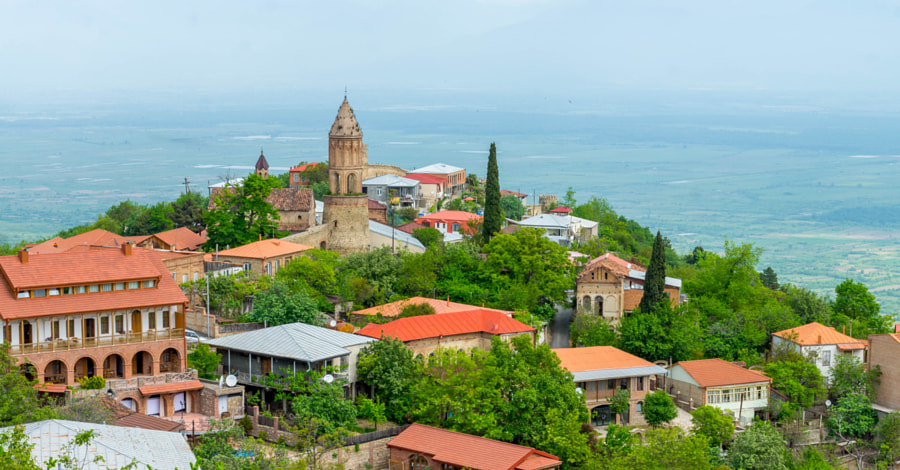 What Signagi is famous for?

First of all, it is the romantic atmosphere! Did you know that it was Signagi, where Niko Pirosmani, the famous Georgian naive artist, tried to win the heart of the unapproachable beauty, the French actress Margarita de Sevres? This story has long been known to everyone thanks to the song “One Million Crimson Roses” – it was the square in front of the main hotel in Signagi, that Pirosmani covered with roses. However, as eyewitnesses wrote, there were not only roses of all possible shades, but also fragrant lilac, wild hawthorn and lilies, honeysuckle, poppies, anemones, and a dozen different names – there were so many flowers, that the whole street was covered with them!

5 things that must be done in Signagi

In the monastery, or rather, in the cathedral of St. George, there is the most revered icon in Georgia – the Iberian icon of the Mother of God. It was not taken away of Bodbe even during the Soviet times, when the monastery was turned into a hospital.

When you get down from the wall, be sure to go to Baratashvili Street and find a monument of the doctor on the donkey. Although, perhaps, it is Don Quixote or Benjamin Glonti from the movie “Don’t grieve!” – it’s up to you to decide. 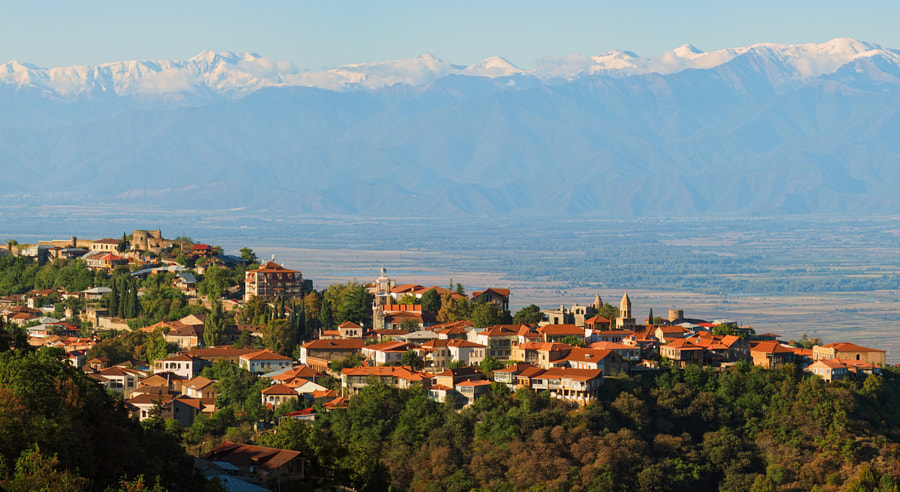 Signagi is not the oldest city in Georgia (it was built in the 18th century), but it is definitely one of the most atmospheric ones! There is a reason for it to be compared with the Italian or Swiss province, where life slows down its pace, and those around you find happiness in small things. Cozy restaurants are good enough to spend long hours there, philosophical thoughts are inspired by the landscapes of the Alazani valley, and the view of the square, where a hundred years ago some creaky arba carriages brought the most beautiful flowers of Georgia, gets you in a romantic mood. And who knows, perhaps it is exactly here that you decide to tell your beloved the most important words in your life! 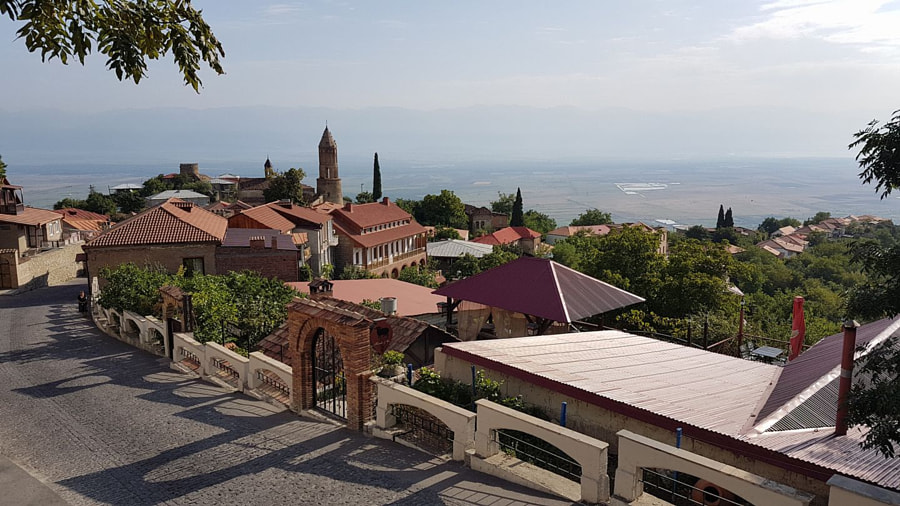 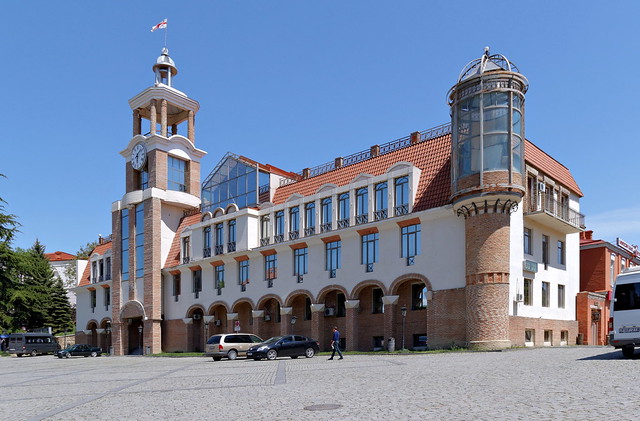 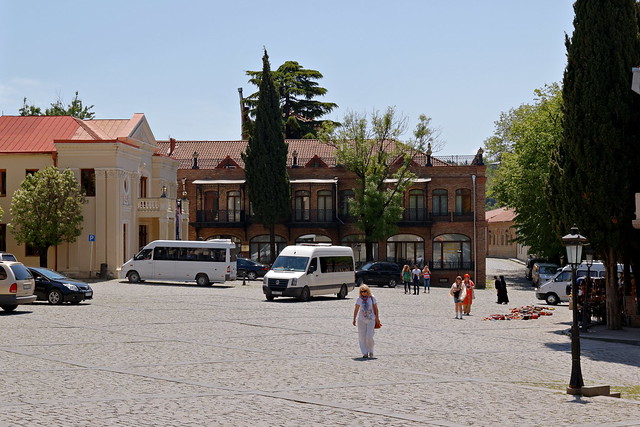 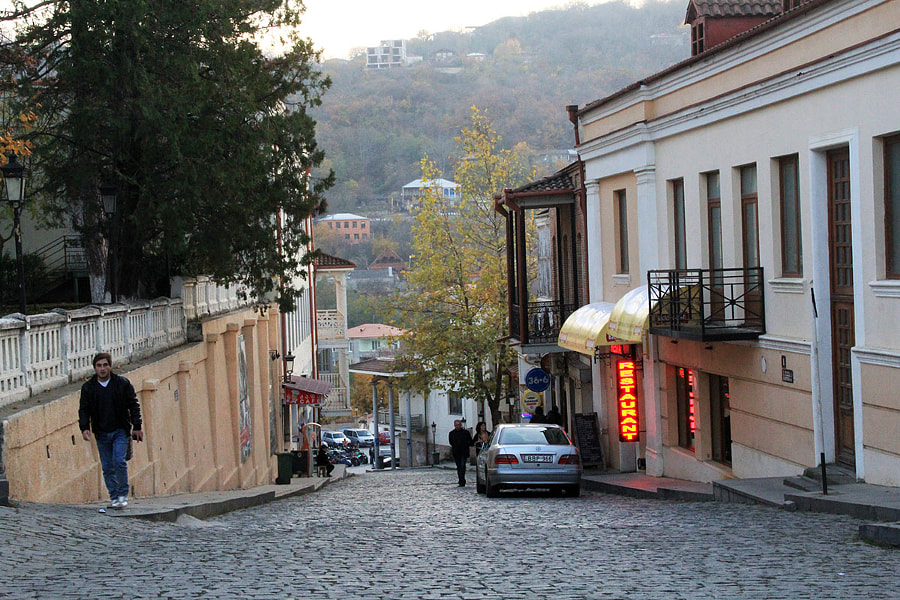 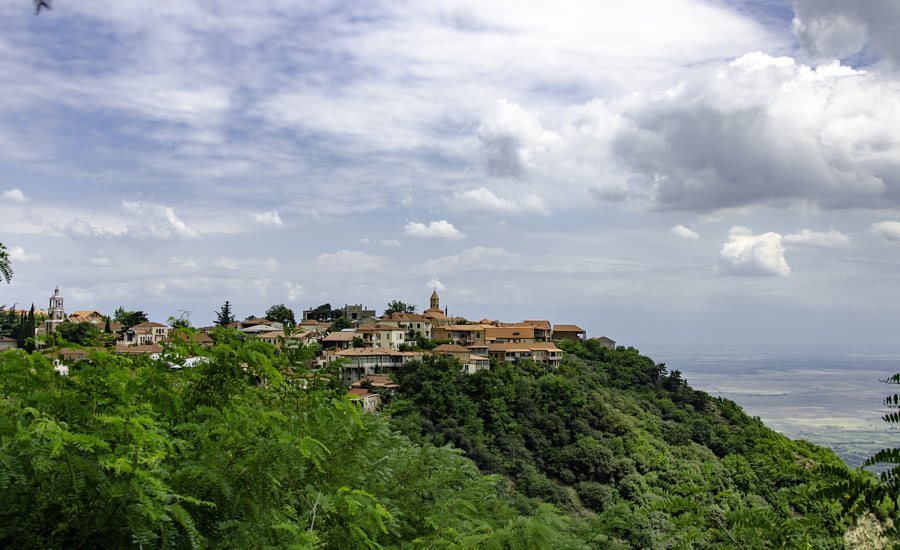