The stone towers of Ushguli, the most remote community of Svaneti, rise above 2000 meters high. Unlike the lively Mestia, there are not so many tourists here, and you can experience the greatness of the mountains that surround the villages and inimitable Svan color. This community includes such villages as Murkmeli (it is almost uninhibited now due to avalanches), Zhibiani, Chvibiani and Chazhashi – there is something to see in every single village! 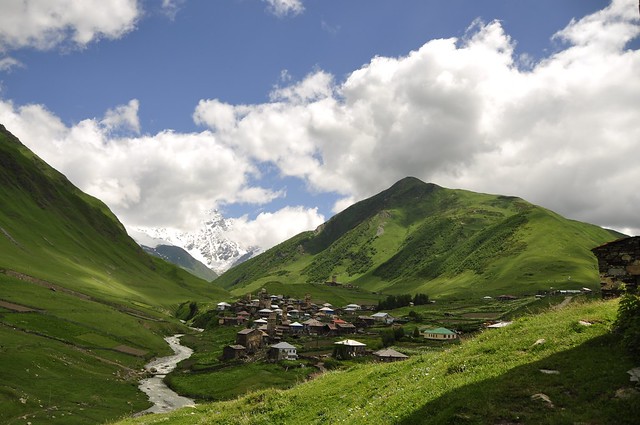 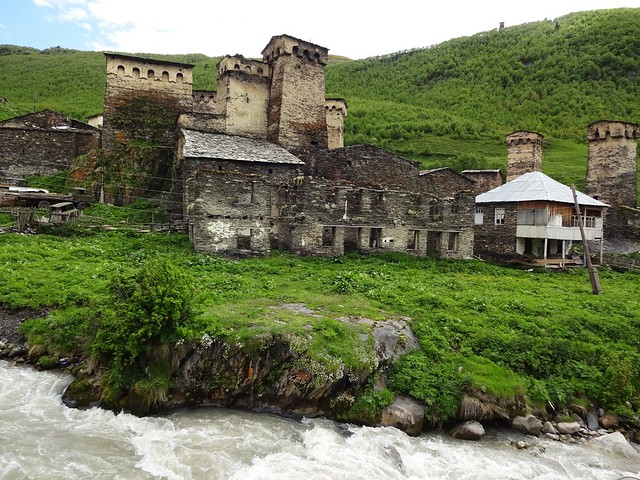 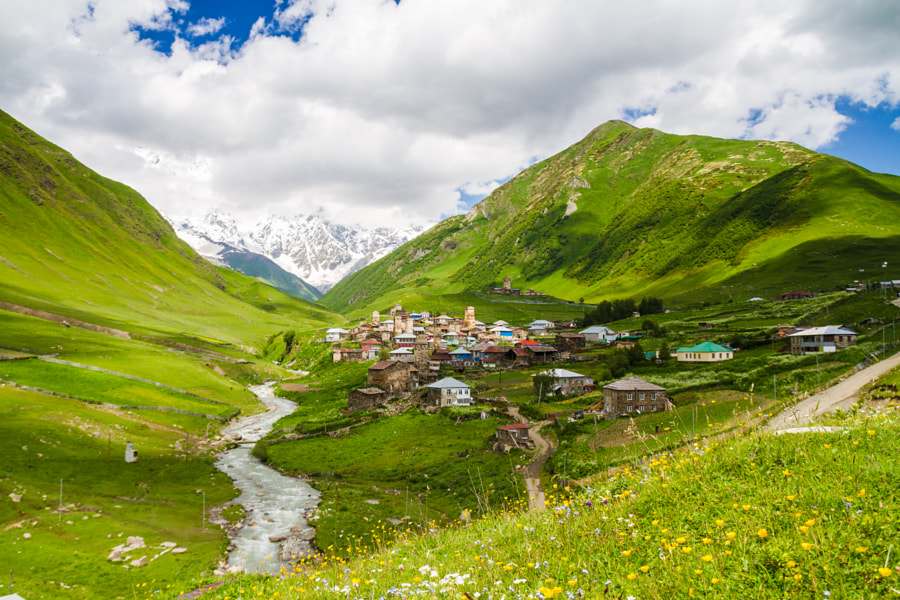 What is Ushguli famous for?

Both Upper Svaneti in general, and Ushguli are included in the UNESCO heritage list – the beauty of the local territories was officially recognized as the heritage of the humanity! Here you will find a striking combination of pristine natural beauty and ancient architecture, which has no analogs anywhere. This is also the ancient men monastery of Lamaria, built at the very foot of the mountains – the Svans believe that Queen Tamara is buried under the Church of the Assumption of the Holy Virgin. And the memorial of WWll, occupying one of the towers of the Lower Castle of Chvibiani village, - the hill, where the monument is erected, offers the best panoramas of Ushguli. And the highest point of Georgia is Mount Shkhara, the peak of which is hidden under a layer of snow and clouds even in summer, and the slopes are covered with ancient glaciers (you can walk to one of them using a popular trekking-route).

In clear weather, another legendary peak can be seen from Ushguli – the “damned” Ushba mountain.

What must be done in Ushguli and the surrounding area? 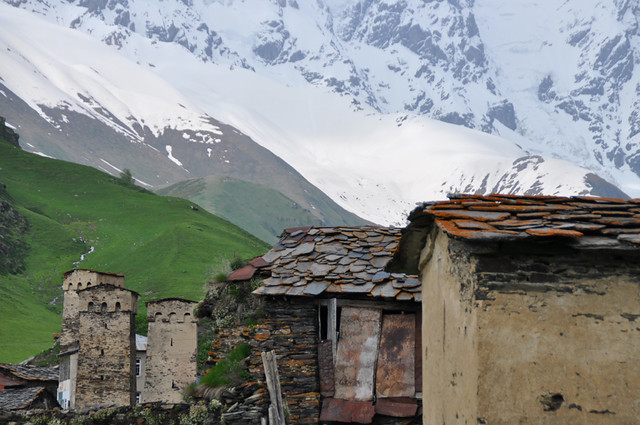 When is it worth to go to Ushguli?

The best time for your trip is summer and September, the warmest period in Svaneti. Really, there’s no such thing as enervating heat here – even in the driest August the temperature in Ushguli does not rise above 18-20 °С. As early as the end of September, it starts to snow, and it lasts until April. But few people will risk to go to Ushguli in winter – snow-covered passes and mountains look spectacular, but because of the avalanches, the trails can simply be closed, leaving the community in complete isolation for several weeks.

Ushguli is the “wild” Svaneti as it is. You can hardly find refined tourist routes here, but the medieval architecture is preserved. You will not be greeted with a sumptuous meal with shish kebabs, wine and fruits from Pirosmani’s paintings here – the harsh climate makes the Svan cuisine much more reserved. Many people just do not get here – Ushguli is too far from the “civilization”. But it was thanks to its isolation from the rest of Georgia that this small Svan community cherished the traditions and spirit of proud ancestors. 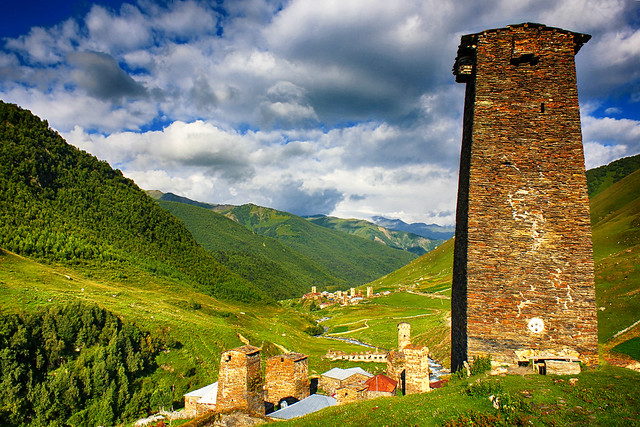 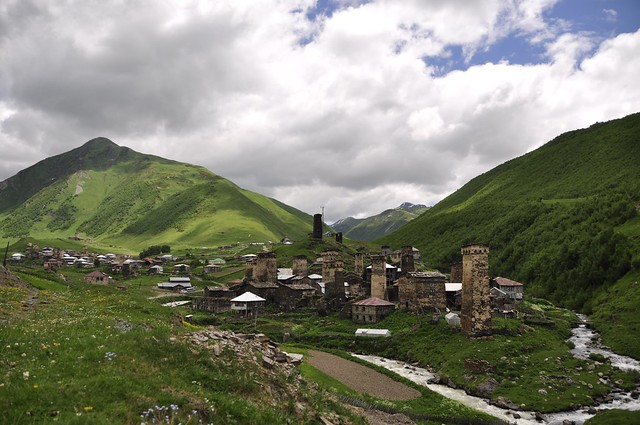 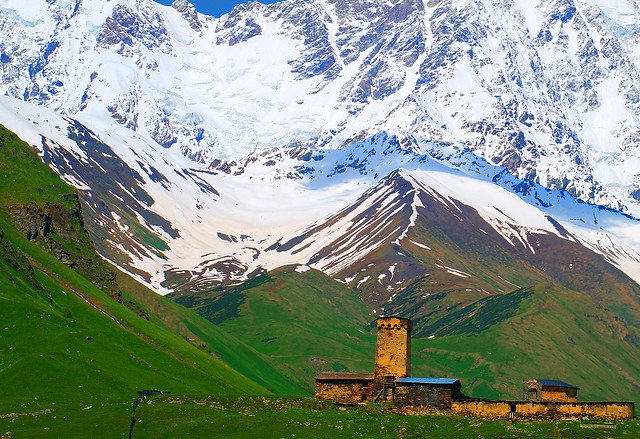 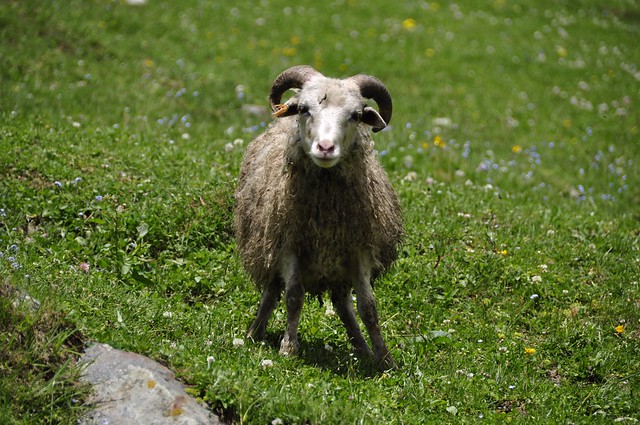 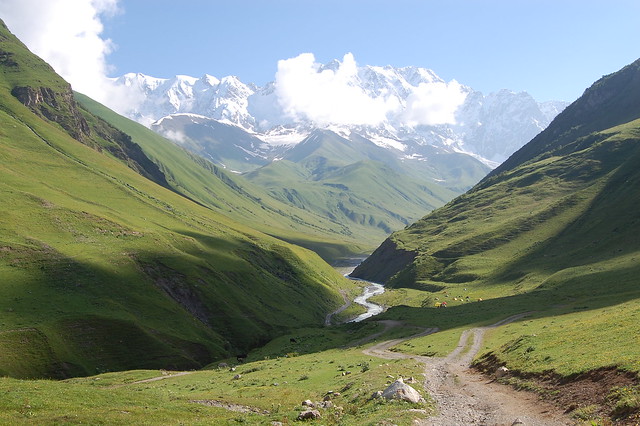 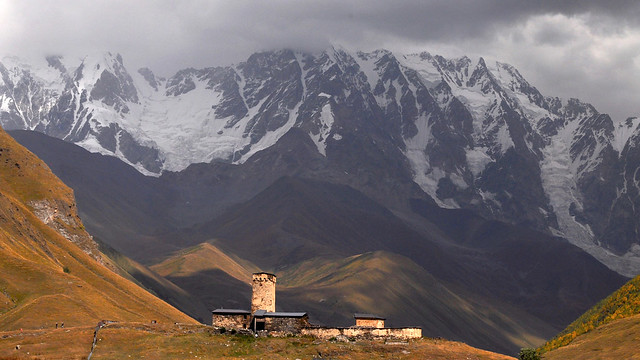 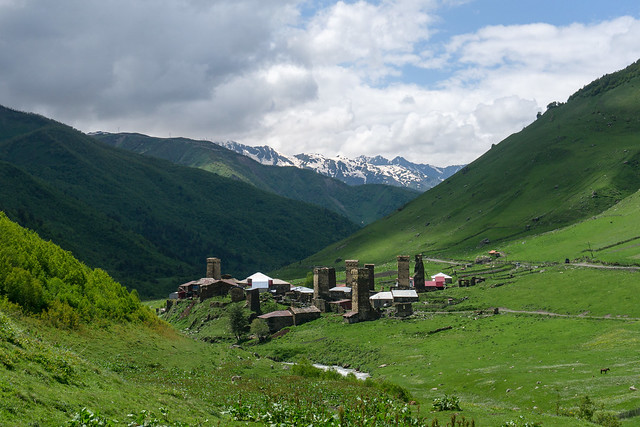